First update for Hoard It!

I'll admit, it's not as wide-reaching as I'd like, as I still really need to get like, dying and loot in, but there's enough of an improvement that I wanted to post it here. 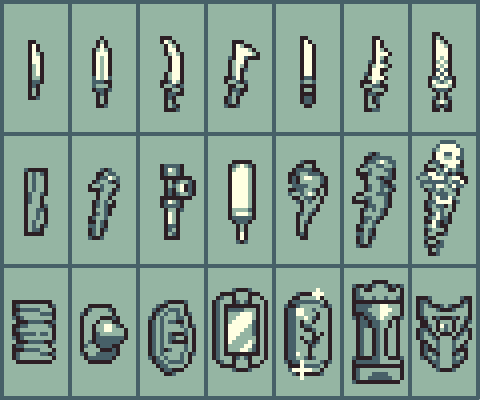 The first batch of weapons by myself and Alex McDonald (@Cannonbreed)

Next version should have a rudimentary menu and ability to die at the very least. Then I've got to get those weapons in, and figure out how deep I want to go down the metagame tunnel!

As always, you can play the game directly on the itch page.